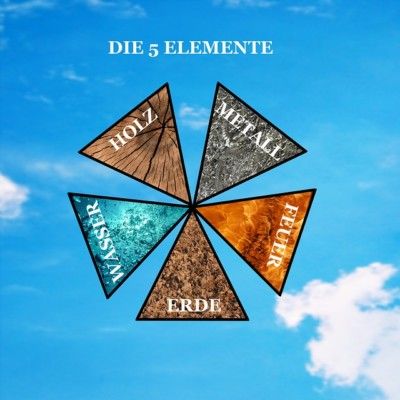 Traditional Tibetan medicine is inseparable from Buddhist philosophy. It is a highly differentiated, holistic system, which is called in Tibetan „Gzo-wa Rig-pa“: the knowledge of healing.

More than 2500 years ago, Tibetan medicine developed from shamanism and the Bon religion of early Tibet.

From the 4. Century v. u. Z. elements from other cultures were added and further developed: from the Hindu-Buddhist India the health and nutritional teachings Ayurveda („the knowledge of life“), from the Taoist-Confucianist China the teaching known today as Traditional Chinese Medicine.

Also the Egyptian, Greek and Arabic medicine influenced the medicine of Tibet, which in the 8th century was called Tibetan medicine. Century n.Chr. reached its unique and until today valid form.

If these three elements are in imbalance due to wrong lifestyle and/or external influences, diseases will occur. In the healing process, the doctor prescribes „medicine“ (d.h. Adherence to harmonious rules of life, diet, medicine etc.), mantras and meditations.

The more severe the disease, the more important is the spiritual part of the treatment.

In Tibetan medicine, diagnosis consists of detailed questioning of the patient (about life circumstances, habits, dreams, etc.).), physical examination, thorough examination of urine for color, odor, and consistency, and especially pulse diagnosis, which is much more sophisticated than that used in Chinese and Indian medicine.

The imbalance of the three temperaments (wind, bile, phlegm) is determined in all details and balanced by the treatment. Therapy is based on rules of lifestyle, diet, medicine, massage, moxibustion and acupuncture, burning rod and bloodletting.

For each session, the medicine Buddha „Bhaisajya-guru“ is visualized. The peculiarity of the medicines lies in the combination of special formulas and spiritual practices throughout the production by the doctors.

Their effectiveness – especially in chronic and severe diseases – has earned them the reputation of „miracle pills“ in the West.

The Tibetan art of healing looks at the human being holistically, d.h. as a physical, feeling, thinking and spiritual being. According to the Tibetan view, similar to Chinese philosophy, the „elements“ are basic building blocks of all life.

Each of the five elements ( earth, water, fire, air and space ) has positive, negative, internal and external aspects, with the external aspect relating to the material and the internal to the spiritual and dynamic:

Becoming and growing, being and health are based on the harmonious balance of these qualities.

Three principles
In man, the five elents appear in three principles: Lung, Tripa and Bekan. Lung (wind) corresponds to air and space, Tripa (bile) to fire and space and Bekan (slime) to earth, water and space.

By analogy, the three principles can be seen to the „doshas“ (regulatory circuits) of Ayurveda, the Greek theory of the humors and also Western medicine:

Factors that lead to the manifestation of suffering and disease are:

Healing, according to the Tibetan Buddhist view, can only be achieved through the „Dharma“ (the teachings of the Buddha), the recognition of the „Four Noble Truths“ and the treading of the „Eightfold Path“ of right living, from which Tibetan medicine also springs.

Tibetan diagnosis does not require any technical aids, but it does require a trained and accurate perception and a lot of experience of the practitioner. At the beginning there is a detailed questioning of the patient (about life circumstances, habits, dreams etc.), mantras and meditations.), and the general physical examination.

Then comes the thorough examination of urine for color, odor and consistency, and as the most important diagnostic tool, pulse diagnosis, which is more sophisticated than that in Chinese medicine.

Training as a Tibetan doctor

The long study of Tibetan medicine follows strict rules. All medical texts are memorized and the learner’s understanding is trained and tested through philosophical and medical discourses.

The most important part of the basic training is the four medical tantras:

Tibetan astrology, collection and preparation of medicinal plants are also part of the basic training. In the further course of studies, students work under the guidance of experienced doctors for several years until they are allowed to treat their own patients.

The only university for Tibetan medicine worldwide is the Tibetan Medical and Astrological Institute in Dharamsala, India, founded by the Dalai Lama. In Europe, part of the study can be done at Tara Rokpa College in Edinburgh.