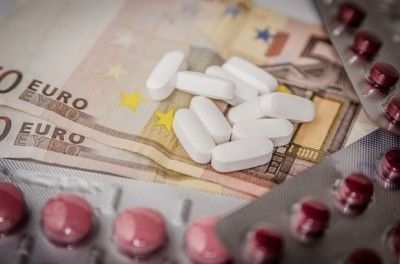 Well, to be honest: it is not always easy to find out what exactly is hidden under the term “naturopathy”, but apparently there must be a lot of garlic in there.

Otherwise it can hardly be explained, why so many physicians and people of the profession react allergic to them.

Almost like forbidden magic, the remedies and applications are pre-judged, without often really thinking about whether they can be of benefit nevertheless.

Western medicine – unquestionably one of the most advanced in the world – has now taken a monopoly on the question of whether aspirin works as well as boiled tree bark. The absurdity of the debate: both products come from the same tree…

The fact is that medicine today is much more than just curing people with ailments. The big pharmaceutical companies of the world do not only invest heavily in new developments, but also in their own PR department.

The sense behind it: To persuade physicians and institutions to prefer certain drugs over others. There is a lot of money to be made.

Lobbying has now reached the center of society, so that food manufacturers, for example, are also increasingly trying to influence consumer behavior.

For those who quickly get lost here between truths and the infamous Fake News, let me tell you: it’s the same for most people. But this should not stop you from paying some attention to Chinese medicine.

It must be said that even alternative medicine is not always without ulterior motives. Here, too, the profit factor plays an important role, because some remedies still have to be produced, even if they are only taken directly from nature.

However, it is the case here that this type of medicine has not only been researched over the years, but rather has already existed since millennia and has thus earned its place.

However, the lobbyists here do not work so hard to bring certain products to market, but rather to impart knowledge.

Often the train of thought is to decry natural medicine as the nonsense of a bygone era. But there is more at stake here than the belief vs. Science and technology – it’s about a fundamental understanding of how we relate to our bodies.

As a suitable example serves here the Chinese medicine – for several thousand years already exists there the knowledge about acupuncture and how it is to be used, in order to relieve suffering.

Even this, for infinite years, valued technique is increasingly pushed into a corner, forming a unit together with esoterics and conspiracy theorists.

This is dangerous because we are marginalizing much of humanity’s knowledge to create a monopoly of Western medicine where corporations can dictate prices.

Alternative medicine such as that from China must therefore not be lost in our modern, Western world, because it is an important, indeed an essential part, of our understanding of medicine, the human body and how all things are interrelated.

And we have already lost too much old knowledge about the past to even remotely allow ourselves to ignore informative sources of medical knowledge.