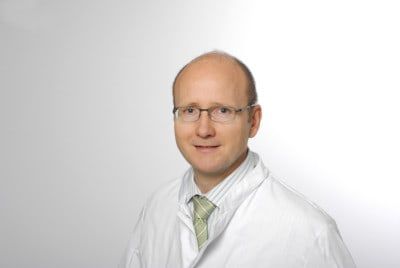 Every fourth child in Germany suffers from an allergy, including.a. due to pollen. Currently, over one million children and adolescents have hay fever (10%) and over half a million have asthma (5%). Rising trend.

The Bielefeld allergist and pulmonary specialist Professor Dr. med. Eckard Hamelmann warns: “The earlier children develop hay fever, the greater their risk of developing asthma. By a factor of 3.6 for boys up to the age of six, and by a factor of 2.3 for girls of the same age. That’s why it’s especially important to start causal therapies early on.”

The doctor and scientist is head physician at the Children’s Center at the Bethel Protestant Hospital in Bielefeld, Germany. He is familiar with the suffering of young allergy patients. He advises their parents: “Do not take allergies lightly. If the first allergy symptoms appear, targeted diagnostics and, ideally, causal treatment should begin immediately in order to stop the allergy career as early as possible.”

Hamelmann is First Vice President of the German Society for Allergology and Clinical Immunology (DGAKI) and co-author of the recently reissued “White Paper on Allergy in Germany. This comprehensive work provides profound insights into the current state of research in allergology.

Precise identification of the allergens, i.e. the harmless substances that trigger severe symptoms in allergy sufferers, is a prerequisite for causal treatment. This is the only way to prevent an exacerbation of the disease to the point of allergic asthma.

“Hay fever is not trivial. It massively reduces the quality of life of children and leads to sleep disturbances, daytime tiredness, reduced learning ability and thus problems at school,” says Professor Hamelmann.

Alarming: almost every second young person is already allergy-sensitized. This means that the immune system is put on alert by initial contact with pollen, mite excrement or food, for example, and can show the typical symptoms on the skin, respiratory tract, gastrointestinal tract or, in the worst case, cardiovascular system if it comes into contact with the same allergen again.

Often the symptoms spread and further organs are affected, allergists speak in this connection of the “allergic march. The situation is aggravated by the fact that the pollen count throughout Europe lasts about two weeks longer during the course of the year than it did 30 years ago, and the amount of pollen is also increasing dramatically.

According to the Berlin-based German Pollen Information Service Foundation, the alder pollen count reached „historic record levels at the end of February.“ Now the highly allergenic birch and ash pollen are on their pollen honeymoon – with dangerous consequences especially for young allergy sufferers.

“If we consider that allergy research has gained a tremendous amount of knowledge in recent years and that very many of the young patients in Germany receive no treatment at all or no appropriate treatment, this is irresponsible, and not just from a medical point of view,” warns Hamelmann.

After all, the number of deaths associated with allergic asthma – a common secondary disease of hay fever – in this country exceeds the number of traffic fatalities.

In an honorary capacity, Hamelmann is involved, among other things, as treasurer for the Deutsche AllergieLiga e.V., Hanover. This still young institution wants to make the knowledge about the specific treatment possibilities of allergic diseases better known and accessible to more patients.

Hyposensitization as the only causal treatment option

Currently, hyposensitization, also called allergy vaccination, is the only possibility of causal treatment. It is also approved and suitable for children over five years of age. The goal here is to increasingly accustom the immune system to the allergen to which it otherwise reacts with dangerous symptoms.

In this way, the immune system should be accustomed to the allergens that have so far led to the violent defensive reactions. So far, however, not even ten percent of affected children receive this effective treatment, which is paid for by health insurance companies, according to Professor Hamelmann.

“Children with their young immune system respond particularly well to specific immunotherapy. Already after one year the agonizing symptoms decrease noticeably, and the asthma risk after successful “hypo” decreases significantly,” says the allergy expert. The first point of contact for the initiation of this therapy are pediatricians with allergological expertise or. Additional training.

About the German Allergy League e.V.: The Allergy League e.V. (DAL) wants to sensitize people in Germany to the early recognition of allergic diseases and their rational diagnosis and sustainable treatment. The moreover one it supports also patient training courses and a takeover of the costs of anti-allergics by the health insurance companies.

Its working basis is the „White Paper Allergy in Germany“. This comprehensive work describes the current state of research in allergology in Germany. The DAL is an initiative of the Medical Association of German Allergists (AeDA) and the German Society for Allergology and Clinical Immunology (DGAKI). 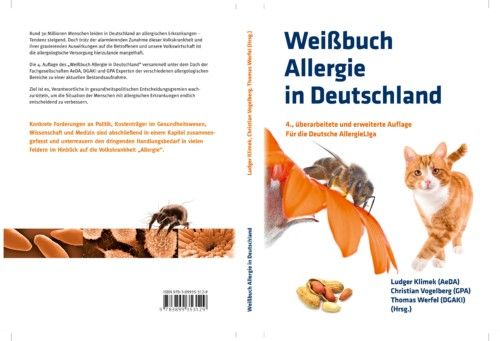