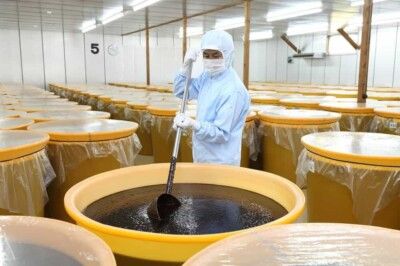 What fermentation can do for therapies and allergies

Not only food allergies trigger neuroimmune interactions between the nervous and immune systems. In the same way it is also the “blessings” of the pharmaceutical preparations, which load the intestine and the Darmflora in the long run.

These include the antibiotics, cortisone and chemotherapeutics, the “pill”, hormones in menopause u.v.m..

It has been known for a long time: Depending on the previous history, also of a pharmaceutical-medical nature, the body is not always immediately able to absorb helpful substances or to utilize them in such a way that a therapy can immediately have a successful effect.

Often the naturopathic method is preceded by detoxification or purification, which ensures that the body cells and juices become receptive.

And this is where multi-stage fermentation comes into play.

Strengthening the foundation of health

The headquarters of the immune system is known to be in the intestine. There the immune cells are trained and prepared for their task throughout the body.

Next to the brain, the intestine also has the largest accumulation of nerve cells. Those speak the same language as their “relatives” in the brain.

They also react to the happiness hormone serotonin or the stress messenger adrenaline. 80% of serotonin, our most important feel-good hormone, is produced in the intestine.

The intestinal brain performs largely independently of the head brain. 90% of nerve connections run from the gut to the head, in this way the brain is constantly informed about the state of the gut.

That is why our overall well-being is so fundamentally dependent on intestinal function. The intestine reacts to stress like a sensitive measuring device and if it is weakened, therapy takes effect much more slowly or not at all. Allergic reactions persist.

If, on the other hand, stress management and intestinal rehabilitation go hand in hand, a naturopathic method works much better and can be optimized. Enzymes and amino acids play a key role in this process.

Ferments (=enzymes) control all reactions of the body. In the human organism there are about 20.000 different enzymes are involved in a wide variety of biochemical processes in the body.

They are protein molecules composed of 20 different amino acids chained together in different sequences.

They are produced by living cells and accelerate and control all building and growth processes.

They are very special proteins that make chemical reactions in the body possible in the first place. Every single enzyme has a specific task.

A distinction is made between digestive enzymes and metabolic enzymes. They differ in the sequence of amino acids.

Vitality, general well-being and readiness for therapy depend in large part on the body’s enzyme reservoir and its ability to cleave enzymes.

A chronic disease, such as an allergy, is a debilitating condition that can last for weeks, months and years.

Constant stress on the body deprives it of vital enzymes, vitamins and trace elements. The body’s own reserves dwindle the longer the disease lasts.

Dr. Howell, a biochemist at the University of Toronto, summarized his studies on energy breakdown in the body:

“Ferments and the amino acids that form them are a true measure of vitality. The vital energy of the organism can be calculated from their content. What we call energy, vitality, nerve strength and vigorous constitution can be equivalently called enzyme activity, activity of ferments.”

The Asians, masters of fermentation, were the first to discover that plant-based multiple combinations, which undergo a gentle fermentation process with the addition of lactic acid bacteria and yeast fungi, are important in this context.

They provide a rich supply of secondary plant substances which, together with the many lactic acid bacteria, initiate powerful enzymatic processes.

Those can act on a variety of targets and have a cell-protective and anti-inflammatory effect on oxidative stress. The intestine’s resident immune defenses are increased.

In addition, multi-stage fermented vegetables have strong detoxifying effects. Phenolic components induce specific enzymes that alter especially fat-soluble foreign substances in such a way that they become water-soluble and can be easily excreted via the kidneys.

In addition, vitamin- and hormone-like effects are also known. The simultaneous accumulation of L(+) lactic acid and lactic acid bacteria results in interactions z.B. with vitamin C, so that its effect is amplified many times over.

What otherwise takes only days or weeks, happens carefully controlled over years.

Wooden barrels are regularly filled with purely organic vegetarian ingredients and stirred by hand, the temperatures are monitored, and selected vegetables are added according to the “rum pot principle.

Liquid for a while, only towards the end does the desired digestible consistency develop. It is a subtle enzyme digestion, the concentration of which increases steadily.

Only after three to five years have emerged in “therapeutic density”:

Already in January the prophylaxis begins. Now the immune system can be modulated and built up.

Those who see diseases as systemic problems involving all bodily processes know that the whole body must be influenced in a positive way to have an effect.

And here again the ferments come into play.

The chemist Susanne F. has been working in the pharmaceutical field service for 25 years. She suffers from hay fever and various food intolerances, u.a. Nuts, tomatoes, pome and stone fruits.

Your body usually reacts immediately, your throat swells up and quince edema forms under your eyes.

Every spring and fall she gets 2-3 cortisone injections to prevent the severe hay fever symptoms. However, food intolerances persist and throat and skin continue to react violently.

“I learned to avoid raw fruits altogether and to take vitamins in the form of tablets.”

“I came across an Asian fermented amino acid concentrate that was said to have very good effects on the gastrointestinal tract in expert circles. When I read through the rich list of ingredients, I had to swallow at first.

Here we were talking about vegetables, fruits, including stone fruits, nuts fermented with the addition of lactic acid and yeast fungi to release the desired concentration of polyphenols and amino acids. Based on my studies, however, I knew that my body would tolerate the vital food broken down into its basic building blocks.”

Mrs. F. takes 5 g of the fermentation concentrate every day from now on. “My intestines reacted immediately. After one to two weeks my digestive system was restored.” 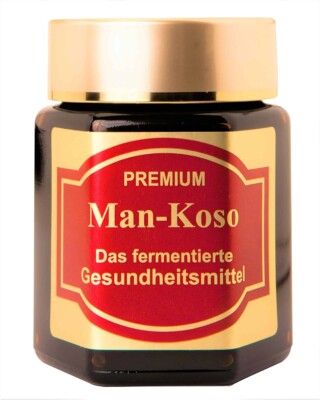 About the unintended side effect that occurs in the coming weeks, the chemist is puzzled. “Two months later, I tested my reaction to trail mix in order to classify the degree of my allergic reactions.

I tolerated the cashews without any problems and the walnuts only caused a slight scratching in my throat. Had my immune system calmed down by the constant supply of essential amino acids?

In the next pizzeria I ordered pasta with tomato sauce. I bravely left the antihistamine tablet in my pocket. In fact, tomatoes also returned to my diet. And something else happened: although the trees are now blooming heavily, I can do without the spring cortisone injection. I sneeze a little, and that’s it.”

Now the pharmacist’s curiosity is aroused and she is studying Asian fermentation and the effect of the fermented ingredients on the immune system in detail.

“The only way I can think of to explain its success is this,” she explains, “The multi-step fermentation process breaks down the natural ingredients into their vital substances – so the work that the digestive system would otherwise have to do is already done up front.

The resulting micronutrients, enzyme active amino acids, polyphenols, vitamins and minerals are completely bioavailable. Allergic reactions to the source ingredients do not occur.

The polyphenols as radical scavengers and amino acids support the body in the building processes and in the removal of toxins. They form proteins, enzymes, neurotransmitters and ensure the restoration of an optimal cellular environment, which makes the proper course of immune reactions possible.”

Nutritional science explains the positive effect of fermented vital substances like this: When there is high oxidative stress caused by infections or inflammations, a lot of glutathione is consumed.

Normally, it is present in high concentrations in almost all cells and is one of the most important substances in the body acting as an antioxidant.

It is formed from three amino acids: glutamic acid, cysteine and glycine. If the level of glutathione decreases too much, the immune system changes the way it reacts.

In order to successfully counteract the allergy, it is therefore important to raise the glutathione level again or to fill it up beforehand.

In the first step, this means: The body needs in combination the amino acids, glutamic acid, cysteine, glycine and an administration of vitamins B1 and B2.

In the second step further amino acids provide for the stimulation of the immune system. This includes in particular the arginine to defend against viruses and methionine together with vitamin C to reduce inflammation.

If just one amino acid is missing in the body, the enzymes that are needed as catalysts for all restoration processes in the body cannot be built properly.

This means for the pathways of the natural regulatory system: a busy highway is turned into a hiking trail.

Under the deficiency, the complex immune system suffers first and it begins to develop malfunctions.

More toxins accumulate in the body and they are removed more slowly. This is the starting point for many disease and allergy symptoms.

It is essential for the repair and modulation of the immune system to replenish the body’s depots with, in the best case, amino acids derived from fermentation.