Coenzyme Q10 – The function of the coenzyme and its applications 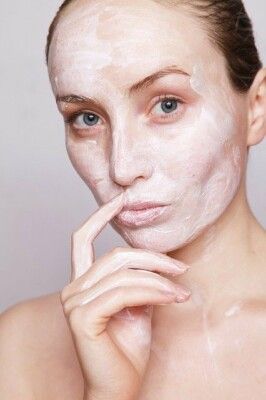 Coenzyme Q10: What are the benefits of its use??

Coenzyme Q10 is known primarily because it is found in numerous skin care products from the anti-aging area. But it can do much more!

Only very few people know that the organism is also capable of producing the enzyme Q10 on its own.

However, the efficiency of Q10 production decreases more and more with advancing age. However, Q10 can also be absorbed in small quantities through food.

Coenzyme Q10 is considered to be a true miracle cure for wrinkles, especially because of its antioxidant and toning effects.

It also has a positive effect on cellular health and the cardiovascular system.

The following article explains what effects the use of coenzyme Q10 can actually bring about.

Coenzyme Q10 is a vitamin-like substance which is produced in the human organism. For this reason, however, it cannot be called a vitamin.

Q10 is also absorbed in small quantities in the daily diet. Science discovered it only in 1957.

Another name for coenzyme Q10 is ubiquinone.

It provides valuable support for various endogenous enzymes, is involved in various bodily processes and makes an important contribution to cell health.

In lotions and creams, the coenzyme is used primarily because of its effect as an antioxidant, but it is also characterized by several other positive effects.

The function of coenzyme Q10

In addition, it offers fats throughout the body an effective protection against oxidation.

Vitamins C and E and glutathione play a particularly important role in fulfilling its function, because when they are used up, they can regenerate with the help of Q10 and thus be used again.

Coenzyme Q10, like other antioxidants, is able to prevent heart disease and lower cholesterol levels.

It also increases vascular elasticity. Coenzyme Q10 also plays an important role in the cell-internal energy cycle of the mitochondria.

A very high concentration of Q10 is found especially in the organic cells that need energy, such as those of the muscles, the liver, the kidneys and the heart.

The areas of application of coenzyme Q10

The coenzyme is not only used in the field of skin care, but also in the following areas.

In fact, it is also capable of alleviating many other diseases and ailments, such as high blood pressure, various diseases of the cardiovascular system, periodontal disease, Parkinson’s disease, migraine and diabetes mellitus, among others.

The coenzyme also supports regeneration after a heart attack.

Studies suggest that Q10 is able to support energy metabolism during intense sporting activity, as well as speeding up muscle regeneration.

There are some drugs for lowering cholesterol levels, and Q10 is additionally recommended for their use, since its production is blocked by the statins contained in the drugs.

In the field of skin care, coenzyme Q10 primarily refines the appearance of the skin. The skin shows less wrinkle depth and thus appears younger and firmer.

Premature aging of the skin can be slowed down by creams containing Q10.

In addition, it is recommended to take the coenzyme in the form of dietary supplements or natural foods.